The Housing Market Bubble and the SEB Price Fall Down

Since 2000 Sweden has seen a significant increase in house prices, which compared to its nordic counterparts, especially Denmark and Finland, is to be regarded as a dramatic increase. Naturally, questions about a Swedish housing bubble arise, however, opinions from prominent economists differ. 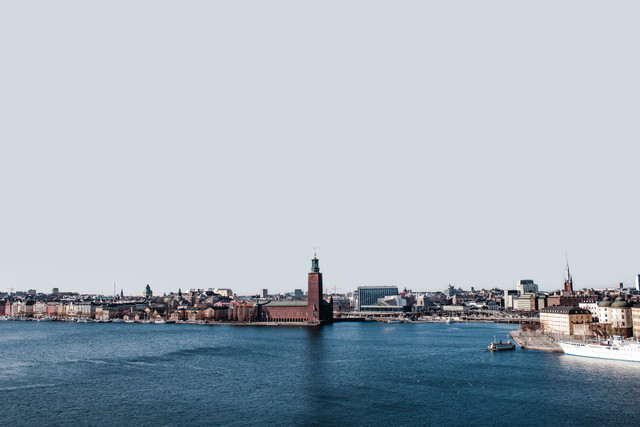 Since the beginning of the 2000's Sweden has seen a significant increase in house prices, which compared to its nordic counterparts, especially Denmark and Finland, is to be regarded as a dramatic increase. Naturally, questions about a Swedish housing bubble arise, however, opinions from prominent economists differ.

Ever since 2015 when the Riksbank first set the repo rate to be negative, the Swedish interest rate has continued to be relatively low. The reason for this is to stimulate the economy and to increase the Swedish inflation rate and in 2020 the Riksbank expanded its asset purchasing program to include mortgage bonds which have contributed to lowered interest rates on home loans. Combined with already low fixed mortgage rates, this yields a climate where it becomes easy to obtain capital for housing purchases which in turn drives demand and prices. In addition, the robust population growth stemming from Sweden's liberal immigration laws and slow housing supply adjustments would also help increase the demand for housing, which would inflate prices.

These factors are often referred to as the reasons why Sweden has displayed significant increases in housing prices reaching peak levels during the Covid-19 crisis.

Is there a bubble?

It is often notoriously hard to predict if a market is currently in a bubble or not. Nonetheless, the Swedish market does exhibit some evidence that could be worrying if not dealt with. Due to the low-interest rates on housing, Sweden has amounted to a significant indebtedness growth (OECD), which worries the Governor of the Riksbank saying “it’s like sitting on top of a volcano”. Although the bubble is yet to burst, Ingves states “I’ve been sitting on that volcano for many, many years. It hasn’t blown up, but it’s not heading in the right direction”, referring to the potential consequences of how large price decreases could affect Swedish homeowners and their loans. However, under current bankruptcy law in Sweden, it is not possible to just walk away from loans, hence expected defaults in times of crisis will not necessarily be felt through defaults on mortgage loans. These effects will instead be prevalent through significant decreases in GDP and consumption, as noted by Professor Per Strömberg from the Swedish House of Finance.

Professor Harry Flam from Stockholm University does not share the view of Sweden having a bubble in the housing market. Instead, he believes that the high prices are mainly driven by the fundamentals of the Swedish housing market, saying that increases in, for instance, the interest rate would most likely reduce the prices. This view is also shared by Kent Janér, hedge fund manager at Nektar, that reiterates that the high prices are due to the fundamentals which could be changed through structural changes in the housing market. In addition, Janér acknowledges that the combination of high indebtedness and high prices displays a major vulnerability.

Whatever will happen in the future, there seems to be consensus by prominent economists that it is not the house prices by themselves that make up a problem for the Swedish economy, rather it is financial instability that makes up the worry. The primary worry is the increases in household indebtedness, which if left unaddressed may cause tremendous harm to the Swedish economy.

The SEB fall down - where are we now?

After a strong recovery after the dramatic fall at the beginning of the Covid-19 pandemic, SEB reports a small decrease, from 70% in June to 68% in July, in household expectation of further increased housing prices over the next year. Only 6%, a one percentage point increase from June, expect that the price will fall over the coming year. Actual house prices tend to follow the expectations relatively well, so it would not be surprising to see a small decrease in house prices in July. However, these small changes in expectations should not come as a surprise; the strong growth in previous months, generally high valuations, and recovery of normal consumption could be possible explanations. As the economy slowly recuperates from the Covid-19 pandemic, increased labor supply, and improved labor market conditions are likely to be more apparent, suggesting that further increases in house prices could be expected.